It was a little damp and cold as we set off towards our destination, Ferrar House Retreat Centre at Little Gidding but a warm welcome awaited with coffee and biscuits in this lovely house. 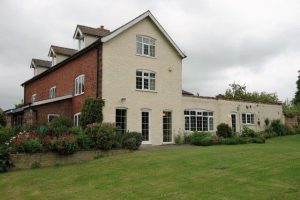 After exchanging greetings with the others who had arrived in separate cars, our host, Andrew Good, the Warden, took us along the hallway to view the brass font originally made for Nicholas Ferrar (1592-1637). It is the chapel’s greatest treasure and many tales have been told of how it had been hidden in the time of Cromwell. Also on display were tapestries worked by Nicholas’s Mother. 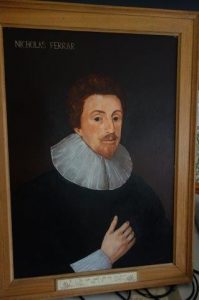 We were then told of the history of Little Gidding.

Nicholas Ferrar, a London Merchant and already ordained a Deacon, with his Mother and extended family, about 30 of them, came to avoid the plague and found this place of peace and tranquillity where he could turn his thoughts to more spiritual things and the founding of a devout religious community. The derelict farmhouse and the chapel, which was being used as a barn was perfect. 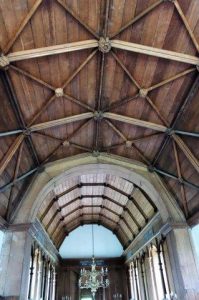 They restored the house and chapel, attended services twice a day, helped the poor, wrote and bound books. Charles I came at least three times, the final time to shelter from Cromwell’s army after his defeat at the Battle of Naseby.

Ferrar’s community ended in 1657 with the death of his brother. The manor house much damaged by Cromwell’s troops was demolished in the 1850’s to be replaced by the building seen today. 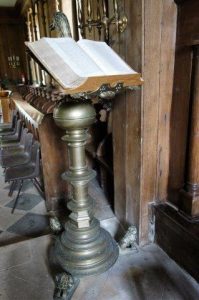 A short walk across the lovely garden took us to the small church. The layout was the same as it was in Ferrar’s time although some restoration had taken place in 1714, 1848 and again in the 1920’s, wood panelling and seats facing each other across the aisle. The brass lectern is original 17th century. 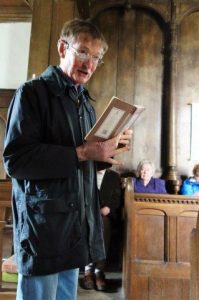 T S Eliot visited in 1936 and consequently wrote the last of his four quartets called ‘Little Gidding’. While seated in the church Dr Charles Lawrence read short extracts from the poem and from a poem by George Herbert who is also linked to Little Gidding. 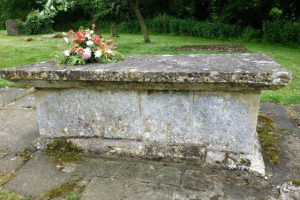 Outside the west door of the chapel is the tablet tomb of Nicholas Ferrar. Flowers lay on the tomb as the annual pilgrimage celebrating his life had recently taken place.

We then returned to Ferrar house for an enjoyable lunch of soup and crusty rolls with fruit to follow, with plenty of light-hearted conversation to accompany our fine meal. 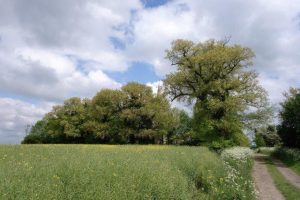 Dividing into walkers and those using transport it was on to St. Andrew’s Church, now in the care of the Churches Conservation Trust ,at Steeple Gidding. The majority chose to walk across the fields to meet the remainder again. With the sun shining on the beautiful church and the countryside in its May flowering glory it was a lovely sight as we met as planned. 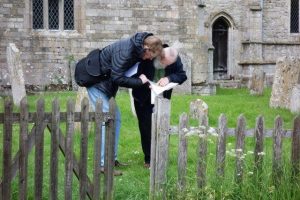 There is a story that was told by the walkers over a map that was “not quite right” and hence why the walk took a little longer than planned. It was very enjoyable though and all the walkers returned by foot to the start! 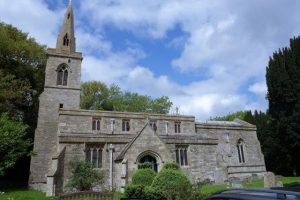 This lovely church building dates from the 12th to the 14th century and again restored in the 19th century. There were many notable areas of the church to look at and admire, the tower with an octagonal spire, a Norman doorway and many light windows. The font, 16th-17th century, was quite unusual and of Ketton stone, a piscina, sedilia and a coffin lid from the 13th century. 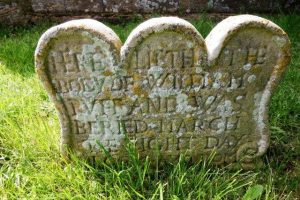 Around the church were many interesting carved gravestones which could tell many a tale of whom lay beneath. Time was spent reading from our information sheet of these people who lived so many years ago.

Returning to Ferrar House a welcoming cup of tea and cake awaited us. 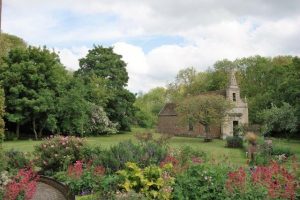 It was a very pleasant day enjoyed by us all and we returned to Oakham calm and refreshed. Thank you Beryl for organising the outing.

Iris May
Member of The Friends